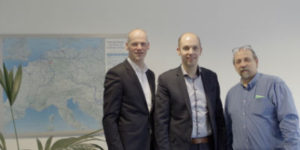 On March 2nd the partners of the EU Interreg programme DUAL Ports had their second partnership meeting at the Port of Zwolle, in Holland. Here, all partners in the project met with the status of development.

At the partnership meeting in Holland on March 2nd, the five partnering nationalities were taken on a tour of the port in Kampen, guided by General Manager Marco Swenne. The mayor of Business and Economics, Geert Meijering, informed the partners of the rapid growth the port has been through. There is political support to the development of the ports of Zwolle, Kampen and Meppel, and the ports are participating in DUAL Ports with two pilot projects; i.e. a Low Carbon Harbour Plan, that will de-carbonise the ports activities and the Green Officer pilot, a management project that will gather the administration of the three different ports across municipalities, thereby saving operational costs.

The merge of the three ports equals a stronger competition profile in the international market, and the Central European waterway system is increasingly being used to reduce the load on the road network. The ports infrastructure is extremely important for the rapid development and growth, and from the Port of Vordingborg, Development Manager Jan-Jaap Cramer was also impressed with the project.

“It is interesting to see how the port in Kampen has evolved over the past ten years. There is enormous logistical work in the cooperation between the individual ports, which we can also let us be inspired by in Denmark. We expect a lot of international cooperation in the project, on both the development of the port and attracting new customers,” says Jan-Jaap Cramer, Development Manager at the Port of Vordingborg. 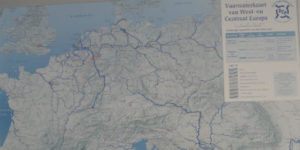 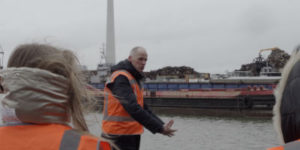