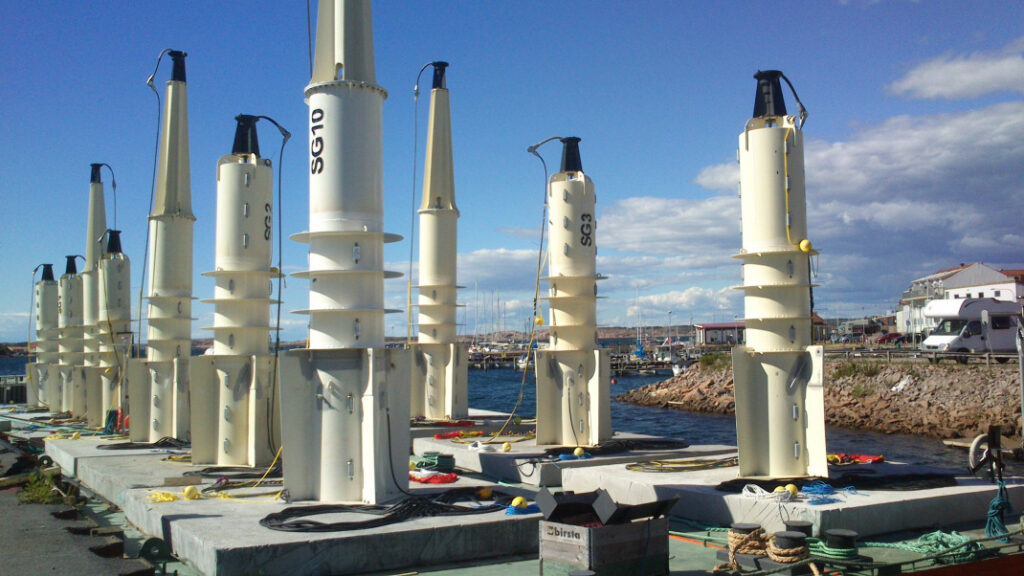 Ocean waves is an abundant yet untapped renewable energy source. Wave energy potential was assessed in a number of studies and has gone from 17 TWh/year based on a study done in 2007 to 92 PWh/year given in another study from 2016. This energy can be available at coastal areas where about 50 percent of the world’s population lives. For example, according to the International Energy Agency, world total electricity final consumption in 2018 reached 22.3 PWh.

Specially invented devices, called wave energy converters are used to capture energy from waves and to convert it to a useful electrical power. The history of development in wave energy field continued for more than 200 years. The first patent on a wave energy converter was registered in 1799 by Girard & Son in France. A new era for wave energy area started in the second half of the 20th century. First commercial WECs were used in observation buoys in Japan and later in USA from 1965. An active wave energy development started in 1970s due to the oil crises and was renewed in 1990s due to climate change and global warming. So far, almost 200 different concepts have been proposed, all of them are different in way they interact with waves, transmit this motion to a generator, different types of generator, electric power transmission, etc.

Despite a long history of wave energy development, wave energy sector is not fully mature yet and can be considered as emerging. While some of the projects and concepts have become a history (TapChan, Wavedragon, LIMPET, Pelamis, Aquamarine Oyster and some others), new technologies are getting more attention and continue active development: CorPower, OE Buoy Ltd, WaveRoller, Wello, Wavepiston, Floating Power Plant, Seabased, Eco Wave Power and many others. Some of them have reached relatively high technology readiness level and have been demonstrated at a full scale in real offshore environment, others are still at a lower technology readiness level and have been tested in a smaller scale or in a protected / controlled environment.

Ports are an integral part of global trade and commerce which are known for operating and handling large scale operations which consume sizeable amounts of energy. Port authorities and terminal operators are constantly looking for ways to reduce their fuel bills and carbon footprint. Wave energy converters placed in a proximity of ports or integrated in port infrastructures such as breakwaters can help to produce renewable energy for port needs.