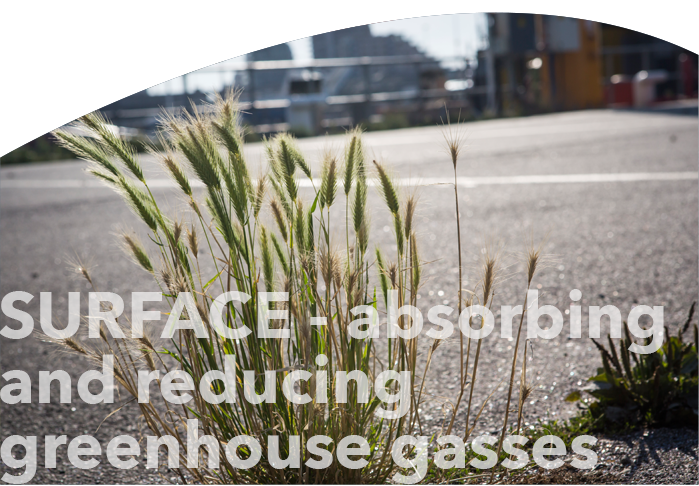 The shipping industry is dependent on fossil fuels. Most large vessels have their diesel generators running when moored in the port of Skagen. The exhaust gases from boats and vehicles contain large amounts of nitrogen oxides (NOx) and Sulphur oxides (SOx), which cause acid rain and smog. The port would therefore like to do REAL PROTOTYPING TEST OF A NEW TECHNOLOGY, i.e. A CO2 REDUCED AND NOX ABSORBING ASPHALT / SMOG EATING PAVEMENT IN THE HARBOR AREA of the port expansion stage 3 (2000m2) where the LNG terminal - whose business case is already within DUAL Ports- will possibly be installed. The air-purifying concrete/asphalt contains titanium dioxide, a photocatalytic material that removes the nitrogen oxides from the air and converts them with the aid of sunlight into harmless nitrate. The nitrate is then rinsed away by rain. 25% to 45% reduction in nitrogen oxides (NOx) over the special road is expected.

The port of Skagen is a growing port where 6000 large pelagic fishing vessels and more than 500 commercial freighter vessels entered in 2017, 10% more than in 2016. This is expected to increase in the years to come. However, ships in the harbour generate emissions. Similarly, port operations and equipment can produce further greenhouse gases, e.g. carbon dioxide (CO2), methane (CH4), and nitrous oxide (N2O), and other pollutants of concern, such as nitrogen oxides (NOx), particulate matter (PM), and sulfur oxides (SOx). The NOx absorbing asphalt pilot will enable the port authority to integrate the already existing plans for emission reduction. The investment is in fact part of a longer-term action strategy developed to improve the environmental footprint of the area, with direct benefits also for the industries operating in the port areas, the local community surrounding the port site and the tourists visiting the region. The pilot's sharing will be via direct partners on site visits and a workshop on pollution absorbing material.

The proposed SURFACE TREATMENT pilot in the port of Skagen goes a step forward compared to the already completed SOIL treatment. The latter ensured an innovative way of recycling removed polluted material in the port area, thus preventing its carbon intensive transport elsewhere. The new activity will integrate an environmental asphalt, the reutilization of old tyres and finally a Sox/NOx/CO2 absorbing covering material. It has been estimated that this will not only be beneficial for the port, but also for the town itself, by reducing the public healthcare costs andsetting itself as a best practice to replicate. The test is to be realised in the area allocated to the LNG facilities, thus further complementing an undergoing DUAL Ports sustainable activity.