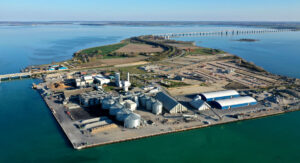 On the 22nd of June 2019 the Port of Vordingborg will officially celebrate the port expansion, that has been a part of the DUAL Ports project since the beginning.

The Port of Vordingborg invites all DUAL Ports partners, the Mayor of Vordingborg and the general public to join this celebratory event that will mark the official opening of the new quay and port area.

You can see the invitation here (danish).

More about the pilot:

The Soil pilot within DUAL Ports has been a great success in the first port expansion phase. It has triggered the use of much more recycled materials than originally planned, also in the above-mentioned following stages of the harbour development (180.000 tons in stage 2 and 3), and it has been an inspiration for other local projects.

You can read more about the SOIL pilot here.