Sustainable port expansion is in progress 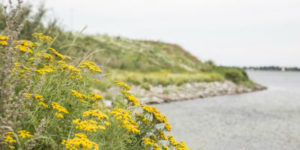 The Port of Vordingborg is working on expanding the port areas significantly, to attract new shipping companies and to create growth possibilities for existing companies in the Port. In August 2017, the second and third phase of the sustainable port expansion was started.

The Port of Vordingborg is pilot leader of the DUAL Ports SOIL project. The aim of the pilot is to expand the port’s areas to make more room for new and existing clients.

The need for more space will be realised in a sustainable way, by reusing soil, incinerated garbage (slag), and other recycled resources, e.g. concrete and asphalt from construction works in the surrounding area to expand.

On the 24th of August, the Mayor of Vordingborg Municipality, Mr. Michael Seiding Larsen took the first official sod for the second and third port expansion, which are expected to be finished in 2019. 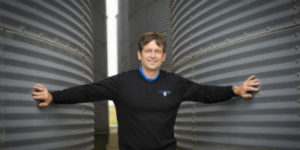 “We are very pleased to have started the realisation of the expansion. It has been a complicated process, and there are many factors that must be considered. We have been working for a long time on the regulations, convincing authorities, persuading the local community, and calculating the outcome of the project. The biggest challenges of the realisation of the project have been the human factor and the availability of resources.” says Jan-Jaap Cramer, Development Manager of Port of Vordingborg.

In order to build with sustainable materials, the recycled resources have to be available, but they also have to be of a certain volume, quality and uniformity. Also, regulations on what resources may be used and the quantities of such has been a challenge. 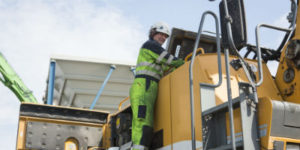 “Now that the port expansion is in the process of being realized, we are going to focus on the implementation of LED lights, in a transnational cooperation with the Port of Emden and the Port of Zwolle. We look forward to improve the green profile of the port further with sustainable lighting in the near future.”  says Jan-Jaap Cramer.

Facts about the Port of Vordingborg: 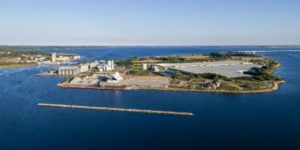 The Port of Vordingborg is a small entrepreneurial port located on the island of Madsnedø, in the sea between Zealand and Falster in Denmark. The port has two bulk terminals, handling corn, stone and gravel. Two of the biggest clients of the port is DLG, one of Denmark’s largest agricultural companies, and Yara, a Norwegian company producing fertilizer.

The new Storstrøm Bridge south of Vordingborg will be built in the coming years, and the Port of Vordingborg has been chosen as the production port for the consortium, which will enhance the possibilities for growth on the port, and increase job opportunities for the local community.

You can read more about Port of Vordingborg on their website.