The Port of Vordingborg opened up to 800 visitors 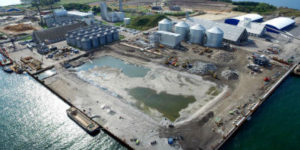 The Port of Vordingborg in Denmark opened up to the public on September 1st, where more than 800 visitors came by the docks and learned much more about the port, the customers and about the sustainable expansion of the quay area.

The Port of Vordingborg invited the public “inside” for an “Open Port”-event on September 1st2018. The many visitors were equipped with a map of the port and were sent on a walk around the port area.

On a marked route, visitors were given the opportunity to get close to the companies that “reside” on the port. At present, 7 companies have settled on the port on the small island Masnedø, in Denmark.

The companies were ready to receive the many guests and told curious citizens more about their production and their reasons for “settling” at the port.

Representatives of the port’s other actors told more about the development projects, and visitors could also come close to the ongoing port expansion, which, with its unique focus on sustainability, attracted great interest.

The port development manager Jan-Jaap Cramer told the many interested more about DUAL Ports and why it is important for the port to think sustainability into the process. The recycling project is going well and the Port of Vordingborg receives very positive reactions from both customers and partners. The port expansion project based on recycling of filling material for the new quayside and a sustainable lighting system has meant that the Port of Vordingborg now finds that both construction companies, customers and other collaborators consider adopting sustainable methods.

There is an important signal value in focusing on sustainability and the DUAL Ports project has helped to visualize the value for both the Port of Vordingborg and the public. 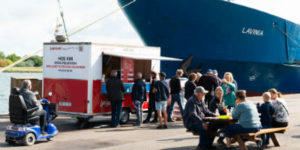 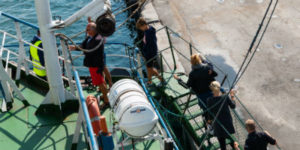 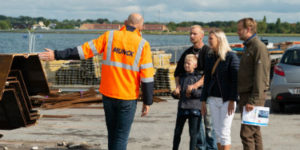 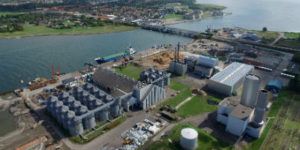